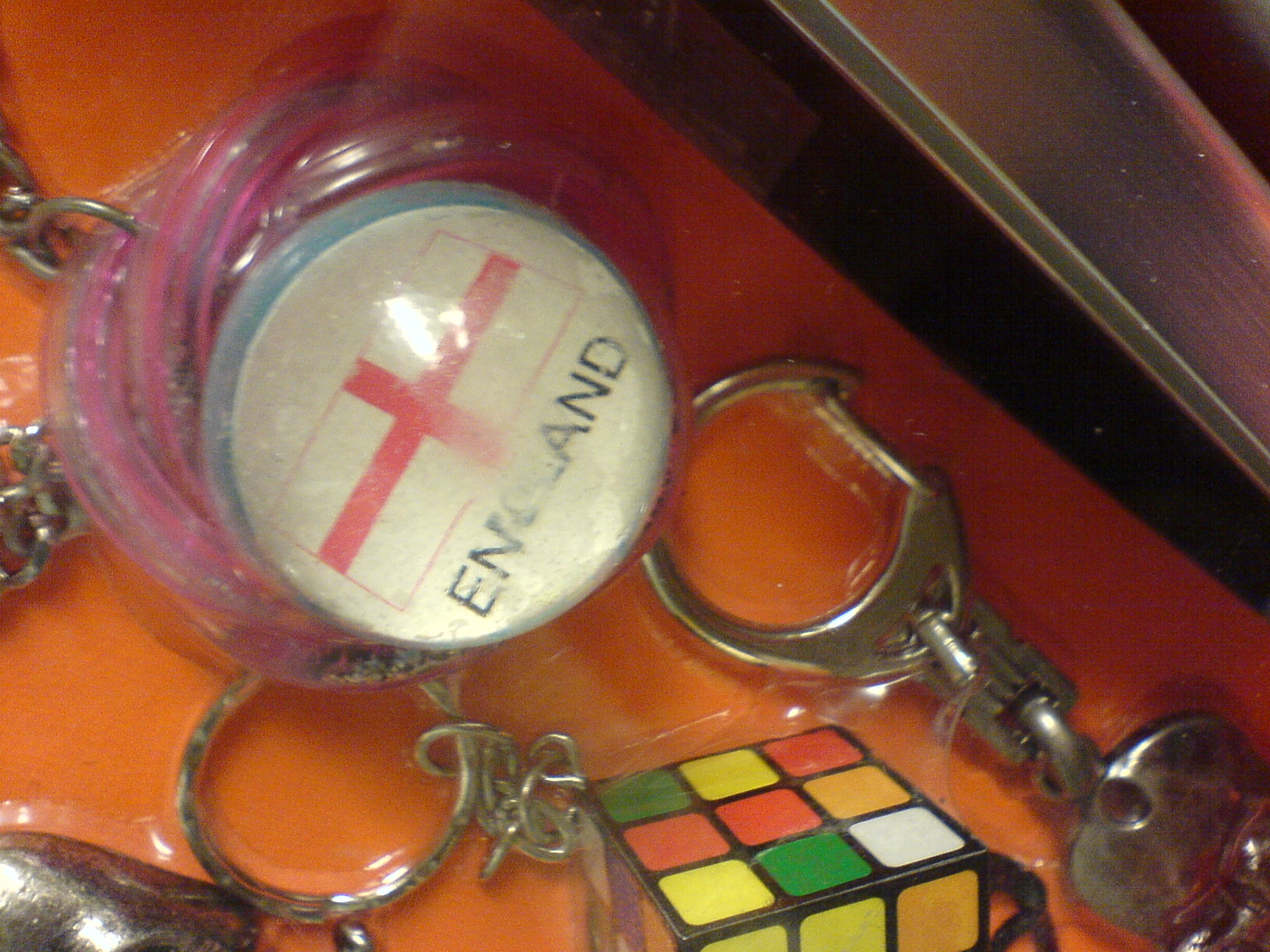 A memory comes into my awareness:

I am 15 back in my hometown, going to the cinema with some friends. As I’m crossing the road, a car with an England flag in the windscreen pulls up. I throw my arms wide and yell “England” at the driver, who beeps his horn several times in celebration.

That was the summer of Euro ’96 and one of the few times I felt like I belonged in my hometown. How did a football tournament make that happen?

I am round a friend’s house watching England v Germany in the Euro ’96 semi-final. It’s the penalty shoot-out and I feel sick with anxiety.

I don’t remember the penalties with any clarity, but I remember feeling more gutted than I’d ever felt about anything before. How did a football match make that happen?

These memories always come back to me when the excitement around England starts to build. I stopped following football a little before going to University, so the emotional roller coaster of following a team only really returns with these tournaments. This post in particular is provoked by a recent Radio 4 programme in which the presenter was asking “does football really matter?”. The person she was asking framed football mattering in terms of entertainment, but used the giveaway phrase “of course, football is just a game”. To me, that suggests that he doesn’t really understand how football matters to the people football matters to.

I’ve been thinking for a while about the Latin word “nos”. It’s just the pronoun “we” but fancy. I started thinking about it whilst reflecting on the illusory nature of individuality. How it only takes a little scratching at the surface of experience to realise that I contain many parts, often with not just differing but conflicting wills.

The most classic gestalt form of one such conflict is the topdog/underdog split that appears most often when I’m trying to make myself do something I don’t want to do. The topdog in that split is the authority, the taskmaster. The underdog is the subordinate, the resistant. The illusion of individuality breaks down because in that moment I am so clearly two different parts engaged in a self-defeating tug of war.

In gestalt, the self is conceptualised as the system of contacts at a given time. I am a system. The thought I’ve been having has been about what it would be like to honour that system by shifting from I to we. From I am Simon to we are Simon. From ego to nos.

The existence of the pronoun “we” presupposes the ability to understand oneself as part of a whole that is not entirely contained within one’s ego boundaries. For me, the important thing about understanding how football matters isn’t entertainment or escape. It’s about the basic human tendency towards collective identity.

Strictly speaking, it’s an oscillation between I and we because the shifting of needs from moment to moment will emphasise “I am” and “we are” accordingly. I need the toilet vs we are cheering. Losing access to this awareness of “I am / I am not” within the “we are / we are not” would be confluence in gestalt, a merging of self and other. It’s subtle, but a contactful experience of “we are” involves a background sense of “I am”. Without that background sense of “I am”, the expansion of self that occurs with the move from ego to nos becomes a loss of self. Joining in becomes going along with.

Maslow’s hierarchy of needs places self-actualisation as the highest level in a series of need classes. However, whilst the familiar pyramid of needs is a marketisation of Maslow’s theory, Maslow himself took the hierarchy of needs from the Blackfoot nation and adapted it to a more individualist mindset. In the Blackfoot tipi, self-actualisation is the first level, then community actualisation, then cultural perpetuity. This makes a lot more sense to me; that movement from self to community actualisation is the movement from ego to nos.

Football matters because community matters. It provides a context for joining with others in an expansive collective experience that satisfies the need for shifting from ego to nos.

But there are problems with football mattering quite so much. Research shows that domestic violence increases when England plays; by 38% when England loses, and 26% when England wins or draws. Regardless of outcome, an England match means a spike in domestic violence. There are many factors to this, and at least one is the emotional impact of contracting from we to I. It also begs the question “who are “we”?”. The victimised partner certainly isn’t being treated as part of that “we”. Gender is suddenly foreground; the majority of victims of domestic violence are women, the majority of the abusers are men. And when we talk about “football”, we mean men’s football so implicitly that we drop the specification. The Lionesses have made the semi-finals of the last two FIFA women’s world cups; where are their songs?

And when England fans are booing England players for taking the knee in solidarity with Black Lives Matter, it can’t help but send the message that “we” are not people of colour. Race is suddenly foreground. Potentially that is an opportunity for development because it provokes a process of exposing and questioning racism within football, and within England more broadly. Hence one set of England fans using applause to drown out the boos at the start of the England v Germany match. But it took a breaking of the spell of nos, a refusal to be confluent with an aspect of “we” that was unacceptable.

Football mattering also serves an economic function. Football is a hugely profitable industry involving mind-boggling sums of money. The more football matters, the more money it’s possible for the industry to make. This creates a profit motive for making football matter more, which means exploiting the natural resource of that expansion from ego to nos. But there is no corresponding motive for supporting the contraction from nos back to ego, the collective identity one expands into simply disappears abruptly once the tournament is over.

To bring this back to my memories from Euro ’96 above, that contraction from nos to ego was particularly hard for me. That gutted feeling lingered, leaving me with strong, disruptive feelings I wasn’t able to make sense of. Essentially, I lacked the self & environmental support to cope with such a sudden expansion & contraction into elation & defeat. Which brought with it a layer of shame; how could I be so de-stabilised by a sporting event? Of course, 40 year old me can look back on 15 year old me with an understanding of the context. There was A Lot Going On For Me at the time.

Football isn’t the only context in which this expansion of ego into nos takes place but the scale of it makes it one of the more electric. And that can make for a hard come down. What this idea of ego and nos is helping me think about is the process of assimilating these experiences. In therapy, people talk very naturally about how a part of them feels one way whilst another part feels another way. We talk about being in two minds. Most people can imagine what the significant people in their lives would say about some behaviour or decision.

That’s nos functioning, the self’s process of operating as a configuration of parts unified in an overall whole. That’s how it’s possible to contain such contradictions as one set of fans booing players taking the knee and another set of fans using applause to drown out the boos. Which set of fans is *really* England? Both are. Just like I think of myself as anti-racist yet still uncover beliefs and associations that are racist.

Did you enjoy this post? To receive a monthly e-mail featuring the latest from my blog, plus links to interesting articles I’ve shared to my facebook page, please sign up below: