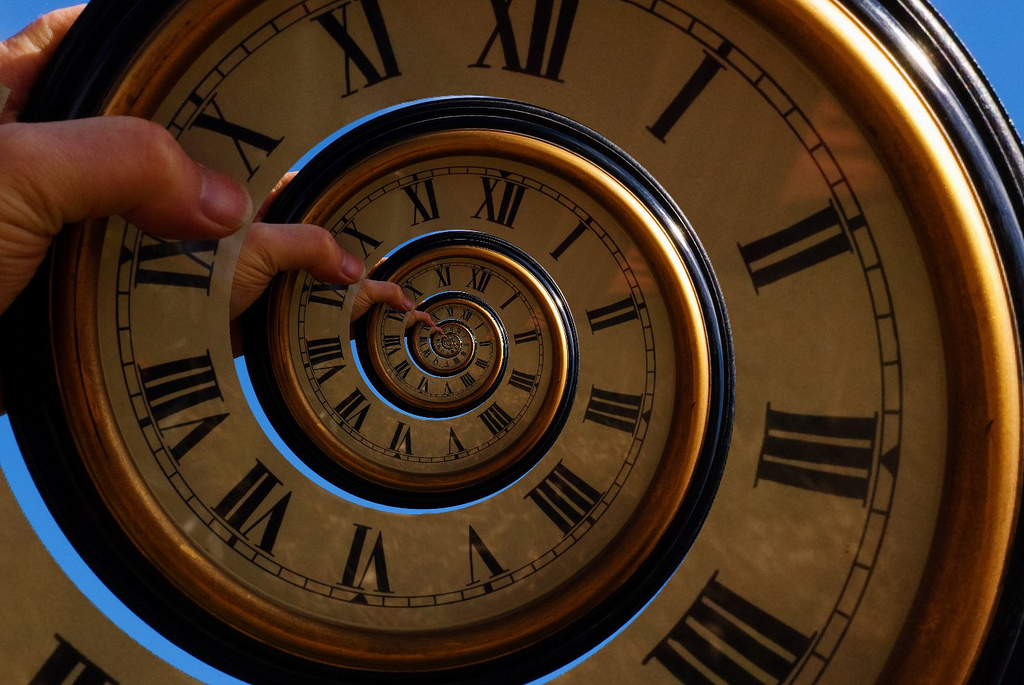 Quite a while back, I got excited and over-committed myself to an in-depth process of chewing over everything I read online that would culminate in a weekly digest. The two main outcomes of that experiment were an inability to get beyond week two, and a consequent reduction in how much online content I read.

The original point was to reduce the risk of introjecting ideas and values by ensuring that what I was reading was subjected to at least some degree of critical thought. As I couldn’t keep up with what I was reading, I was forced to question the behaviour as it started to seem compulsive. The end result was of becoming more discerning about what and how much online content I read; the unforeseen and welcome side effect of a gestalt experiment.

I still like the core idea though, so am resurrecting it in amended form for this therapy blog. I’ll aim to make it monthly rather than weekly, and focus on the articles I share through my facebook page. This also opens more possibility for dialogue, as I’m open to being sent links to interesting articles in a broadly therapy/psychology/being-human kind of vibe.

January was a quiet month for me on the facebook page, so I can overview everything here instead of choosing a top few articles. I imagine that in months where I post more, I’ll likely stick to a top five to stop this spiralling out of control.

I’m also going to err on the side of sloppy as this is meant to be about initial responses and chewing things over, so feel free to have at me in the comments.

If It’s Important, Learn It Repeatedly.

This blog post is a reflection on Cal Newport’s book Deep Work, which seems to be all about practices for focusing on in-depth pieces of work and not getting distracted. (I’ll let you know if I ever manage to read it!)

Reflecting on the inspiration he felt whilst reading the book, and how even by the end of the book that feeling was disippating, Ben says:

“The window to act on a timely idea is very small. The heat of inspiration only lasts a few days, or even hours, and if it runs out before you’ve formed and implemented a plan, you’re essentially back at the status quo.”

This resonates greatly for me in my work as a therapist (and reflecting on my own time in therapy as a client). The problem with breakthrough moments in therapy, the insights and the ah-ha of realisation, is that these moments by themselves aren’t usually enough to shift actual behaviour.

As therapists, we kind of rely on a naive assumption that, following such a breakthrough experience in the therapy session, the client will then automatically go out and change things in their everyday lives. But even a brief reflection on my own process reveals that I’m more likely to lose the “heat of inspiration” than turn it into tangible action.

This is in part why gestalt therapists assimilated the behavioural therapy practice of setting homework tasks to be carried out between sessions. This practice also lives on in modern day Cognitive Behavioural Therapy.

Then again, what we alos find in therapy is that the insights that are most important and driven by organismic need tend to recur. So at least part of the point of being in therapy long-term is to allow the repetition of gaining the same insight several times to take place in order to reinforce the necessary changes.

So when Ben talks about re-reading books:

“If you’ve ever read a book a second time, you may have noticed that it’s an entirely different experience from the first time. It doesn’t feel redundant or repetitive. Instead, it feels like gaps are being filled in. Different details strike you as important. The points you do remember now have the benefit of context, and much of it seems entirely new.”

He’s also summarising why the same insights need to be discovered and talked over in therapy. The analagy is with chewing food. Most mouthfuls of food need to be chewed several times before they are ready for swallowing. The same is true of insights in therapy; talking them over, then rediscovering them later and talking them over again allows us to assimilate the lessons and the changes more effectively.

Antidepressants: Please, PLEASE, do not just abandon your meds!

This article is part of a continuing backlash against erstwhile journalist Johann Hari’s new book, Lost Connections: Uncovering the real causes of depression – and the unexpected solutions.

In short, Johann’s book seems to rely heavily on a simplistic medication = bad formulation that gives the impression people should abandon anti-depressants in pursuit of real “cures” for depression. This particularly article is a simple plea that people wanting to come off any kind of medication for depression, anxiety etc don’t just stop their meds, and at least go talk to their GP about it.

As for the wider issues with Johann’s book, well I’ve not read it so can’t comment directly on the text. However, one of the reasons I haven’t read it, and am wary of reading it, is that the very title contains two huge red flags. One is “real causes of depression”, and the other is “solutions”. The very idea that depression can be reduced to something that has identifiable causes and solutions is facile, and flies in the face of what most people discover about depression for themselves, both in and out of therapy.

Johann also doesn’t seem to be aware that there is a decades long tradition in psychotherapy of challenging the reductive idea of depression as a problem of brain chemistry. And performs a classic throwing out of the baby with the bathwater by seeming to conclude that medication can simply be jettisoned. Many people need to work on their depression through both medication and therapy.

So in part I shared this article to siugnal that I’m not in the “medication is inherently bad” camp. I’m still skeptical about the extent to which medication like antidepressants are prescribed, and think that a society that took depression seriously would be able to support most cases of depression without medication. But then, almost by definition, such a society would most likely experience very low levels of depression in the first place, such is the problem with any “in an ideal world” formulation!

In our current society, very little room is made for people to work through depression in the ways they need and in their own time. I get the sense that Johann Hari is arguing more or less the same thing, but presents it as a unique idea that has only just been stumbled on, and gives the impression that it’s possible to simply throw away the meds and kickstart that world right now.

TL;DR: It’s ok if you need meds. If you want to stop your meds, always work out a plan with your prescriber first.

This Is The Best Time To Do Anything: 4 Powerful Secrets From Research.

I’m a sucker for “secrets from research” type posts, even though the secrets have clearly been published in books and journals, so aren’t that much of a secret.

In the context of gestalt therapy, stuff like this plays to the idea that you’re better off tuning in to your own experience and working out what you need (organismic self-regulation) than adapting yourself to externally imposed ideas about what you should need (introjective or shouldistic self-regulation).

Which of course immediately throws up the objection that following our own needs is largely impossible given the consistent demands of school timetables and the workplace. But therapy doesn’t end at individual behavioural changes. To me, one of the signs of effective therapy, is getting people to the point at which they are able to challenge their own society and take political action.

Yes, school timetables are often rigid and tend to prioritise the needs of the school over the needs of the children and parents. So find parents who agree and channel that frustration into political pressure. Yes, the workplace grinds people into dust. So join a union, organise politically, negotiate explicit demands with other workers, and be prepared to engage in long-term political action.

Practically every course of therapy hits the boundary between individual need and social demands. These conflicts can’t be solved in one to one therapy. But they can be brought into awareness, explored, and a subsequent movement into political action can be supported.

Here’s what the evidence shows about the links between creativity and depression.

This post is based on a meta-analysis looking at the link between creativity and mental illness, prinipally mood disorders as this seems to be where the most research focuses. It suggests that a fruitful focus for further research would be into how creativity links to mood disorder.

Interestingly, in considering possible explanatons, Alex suggests creative lifestyle and the possibility that creativity simply expresses in a way that is more likely to match the symptomology of mood disorders eg:

“many aspects of the “flow state” – extended bursts of activity, disregarding the need for sleep or food, absorption or attentional wandering, rapidly flowing thoughts – are also treated as markers of bipolar disorder”

Working regularly with creative people in therapy, I’d suggest that highly creative people tend to also be more sensitive and emotionally oriented, and this opens them up to being more easily hurt by a society that tends not to value creatvity. The arts tend to be undervalued in education for example, and many of the creative clients I’ve worked with have reported feeling like they were a square peg being hammered into a round hole.

So yes, the lifestyles of creative industries likely contribute to the development of mood disorders, but the way creative people experience their world might be more casutive. Especially if you’re going to reference “the profligate substance misuse” as a given aspect of the creative lifestyle without asking from where the need for substance misuse arises.

Want to take your psychotherapy to the next level? Ask for what you want.

As will become clear as I unfold The Golden Arrow, wanting offers a major in-road into understanding what we need. What I like about this post is that it encourages clients to ask for what they want from their therapist.

I’d extend that to most relationships. It’s useful to ask yourself every now and then, “what do I want from this relationship?”. This is often hard for people because it feels like a very selfish or transactional thing to ask of a relationship. But ultimately, healthy relationships develop out of some kind of mutual need, and it’s ok to ask if the relationship is still mutually needful.

Asking for what you want is a way into that, not necessarily an end in itself. And in therapy at least, it can make for really interesting sessions that can redefine where the therapy is going.

TL;DR: It’s ok, and actively good, to tell your therapist what you want.